In the comparatively brief history of branding, there are a few people who could truly be considered as ‘Fathers’ of the industry, and one of these is certainly Wally Olins. Known and celebrated for his ‘branded’ look of circular spectacles, patterned bow ties and a bald pate, Olins perhaps more than any other brand ‘guru’ is responsible for the professionalisation of the industry and the articulation of its intellectual core – for the benefit of everyone else.

Olins passed away at age 83 on April 14 last year after a short illness, but his legacy lives on. Born and bred in London, Olins was educated at Highgate School followed by the renowned St Peter’s College Oxford, where he took a degree in history. Olins was not a designer by profession and never studied art or graphic design, but his aesthetic sensibility and innate understanding of the psychology of branding led him to become a master of the profession. 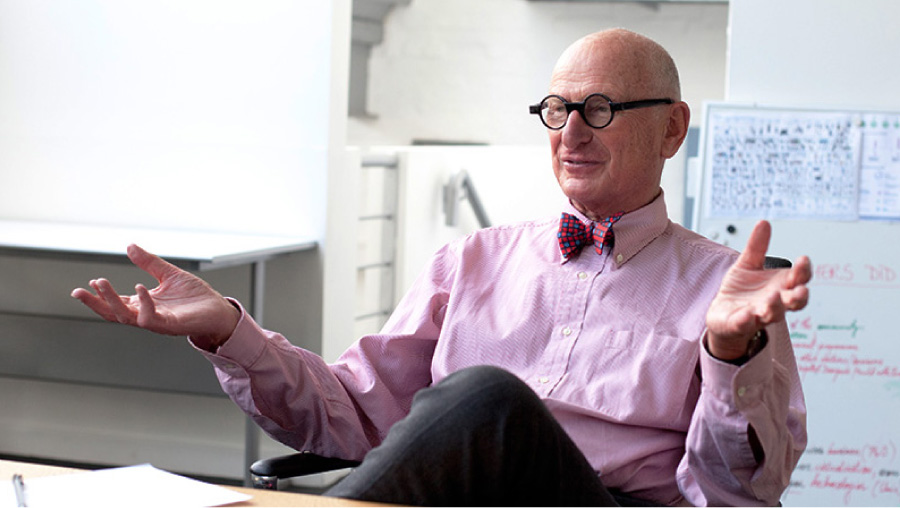 This ‘Father of Branding’ was actually an adman early in his career, having spent five years at the Mumbai office of Oglivy & Mather. While he appreciated the aesthetics of advertising and recognised its importance, Olins also grew increasingly disillusioned. He felt that the advertising work he was involved in was visually pleasing but innately superficial – there seemed to be a chronic lack of understanding of the particular brands the agency was working on. One of the shortcomings of conventional advertising worldwide at that point in time was its lack of awareness of the distinct personality of a given brand, and hence its inability to truly promote that brand. Many advertising campaigns for competitive products were very similar, based on material claims which were true of the whole product category, instead of differentiated appeals on the basis of the unique character of that particular product. Thus his stint in Mumbai was a formative one as it was there that he began to realise that products and organisations have unique personalities and brand identities.

Ever the adventurer who never backed down from a challenge, Olins sought groundbreaking change. He returned to London and in 1965, co-founded Wolff Olins with Michael Wolff, who, alongside Olins, is recognized as a true patriarch of the branding industry. Up until today their agency Wolff Olins is widely regarded as one of the first and finest branding consultancies in the world. Some of their most notable clients included London Weekend Television, British Oxygen, English Electric, British Telecom, Renault and the Metropolitan Police.

It is important to note that the concept of brand identity was not always a widely-accepted notion back in the day. Many critics found Olins’ ideas to be controversial and even superficial due to a perceived lack of substance. However, Olins never took these unfounded accusations seriously, and stuck to his beliefs. In fact, Olins famously said, “You don’t change people’s perceptions with advertising. You change people’s perceptions by finding the truth [about a product], finding an idea that embraces that truth [the brand] and putting it through everything.”

Wolff Olins was the first ‘brand laboratory’ in which his branding philosophy could be refined and fleshed out. It was there that the experience of advising large businesses and organisations in the UK and Europe reinforced for him the lesson he learned in India – the value of authenticity and coherence: “Overall, because branding is about creating and sustaining trust it means delivering on promises. The best and most successful brands are completely coherent. Every aspect of what they do and what they are reinforces everything else.”

Olins was famous for being unflinchingly honest with clients about their brands. As he put it “I am what I am. I am outspoken and abrasive… I simply tell my clients the truth as I see it, without too much gloss or varnish, because that’s what I’m there for.” But he was also a valued mentor to clients, employees and design students alike, and an easygoing character with a ready wit. This combination of profound insight, unrivalled experience, brutal honesty and irresistible charm is what made him the global luminary of the branding industry. 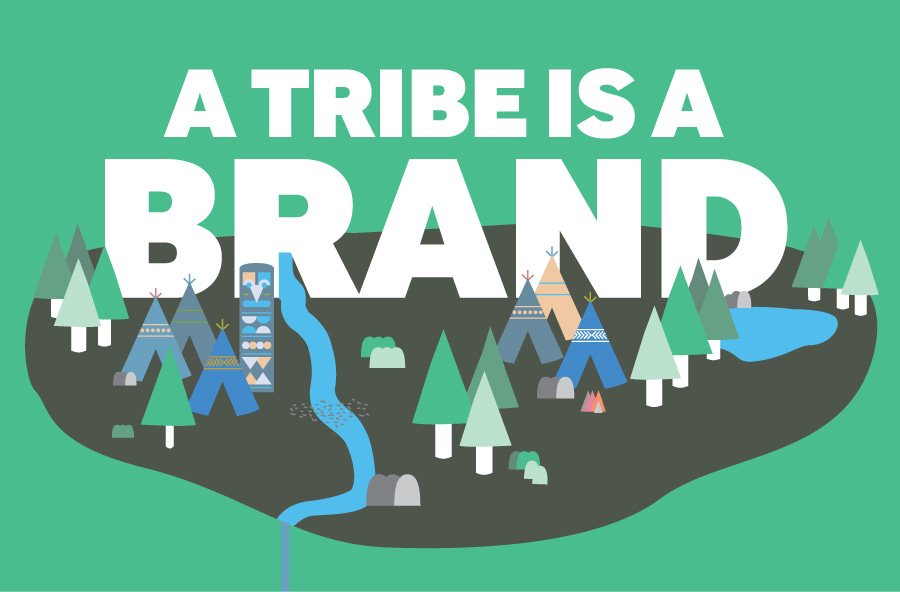 In 2001 Olins sold off Wolff Olins to Omnicom. But even though he was already over 70 years old he didn’t throw in the towel and retire, as most people would expect. Famously full of energy and enthusiasm, he went on to co-found his second brand ‘laboratory’ – Saffron Brand Consultants, with Jacob Benbunan, a Wolff Olins alumnus. Like Wolff Olins, Saffron Brand Consultants became one of the largest independent brand consultancies in the world, specialising in business transformation, led by brand strategy, as well as cutting-edge design. It was at Saffron that Olins examined the anthropological and sociological roots of branding. As he put it, “Fundamentally, branding is a profound manifestation of the human condition. It is about belonging: belonging to a tribe, to a religion, to a family. Branding demonstrates that sense of belonging… A tribe is a brand.” It was partly from this theoretical platform that Olins pioneered the concept of ‘Nation Branding’. For him nation branding was key to economic growth in a globalised world. In this, as in other areas, Olins’ ideas were controversial. For some critics, the word ‘brand’ still had superficial implications that made it unworthy of the lofty idea of nationhood. But Olins rejoined that countries have always branded themselves; it’s just that it hasn’t always been called branding. As a result of his expertise in this area, Olins/Saffron successfully advised countries and cities all over the world. Notable clients included London, Mauritius, Northern Ireland, Poland, Portugal and Lithuania.

Olins was truly a groundbreaker in an industry that was ripe for growth and development. Today, the controversy his views originally generated has disappeared. He won the argument. To the contemporary mindset, product branding, corporate branding, nation branding and even personal branding are all taken for granted. Because of his tireless, passionate advocacy, branding is seen as the asset he knew it always was, and his methodology, in particular, has been adopted by the industry as a whole, and companies large and small worldwide.

A prolific writer and educator at heart, Olins was an expert at explaining the science of branding in layman’s terms. His seminal works have become the standard textbooks of the industry, and include The Corporate Personality: An Inquiry Into the Nature of Corporate Identity (1979), Corporate Identity: Making Business Strategy Visible Through Design (1989), On Brand (2003), and The Brand Handbook (2008). His final book, Brand New: The Shape of Brands to Come, was published the same month he passed away, April 2014. His last word before waving goodbye, it’s a book in which he waxes prophetic, predicting the future of brands in an ever-changing marketing landscape. 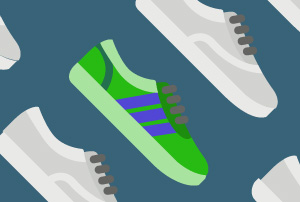 15.07.16
If you want to know how brands create value, Tim Ambler, author of Marketing and the Bottom Line, put it in a very perceptive nutshell. He said that “brand equity is the UPSTREAM RESERVOIR of cash flow. 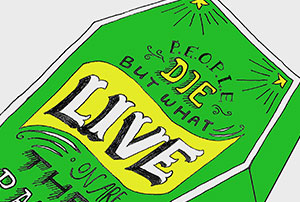 22.05.15
Everyone is talking about branding nowadays. From America to Asia, from businessmen to teenagers, from the government to the man on the street, everybody has become aware of the concept of ‘the brand’. But beyond the very considerable hype, not many people truly understand what branding means, how brands work, nor how brands actually build financial value. 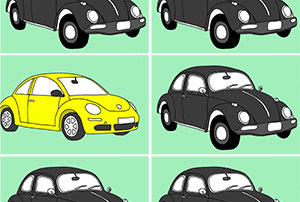 Branding
how do
brands work?
building a brand

19.06.15
Scott Bedbury, the person responsible for the explosive growth of the Nike and Starbucks brands in the 1990s, identified two important theories that shed light on the ways in which brands work on the human psyche, derived from classical philosophy and modern psychology.